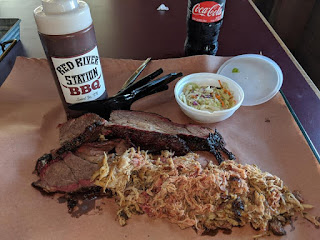 With the first official tip o' the triple digits scale, Summer is here.  As too many conversations between my husband and sons and son in law have aluded to, this means BBQ time.  Not just cooking our, but going to get it from other places, too.  Not that I mind terribly, as being Texan means an inherent love of meat and fire combined, but it is an overwhelmingly common topic these days. So this being my blog of the things that go on in our innkeeping life, I will share our newly compiled list of places to get your Que on around here! 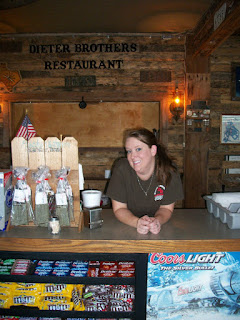 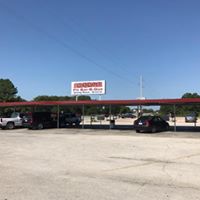 If you live anywhere around north Texas, it seems you have a preference on one of the two side by side BBQ joints in Lindsey, TX, about 7 miles east of us here in Muenster.  In my opinion, they are very similar as far as the bbq goes, but the boys always look at me like I'm crazy when I say that.  They always start in on me with "one has this and the other that, and I wouldn't know the difference between..." guys, I'm a professional chef, you know?!  There is Dieter Bros.Pit Bar B Q, and next door is Smokehouse BBQ.  Both places are sit down style restaurants and both have beer, but Smokehouse has a full bar.  Dieter Brothers also has german food on the menu, and both places offer an old BBQ pit staple: Pizza.  I know.  Me either.  I say go to both and form your own opinion and i will respect it! 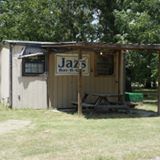 My oldest son prides himself on being in the know about all the secret spots (he lived in Austin a bit too long I think). Somehow, he can sniff out hidden gems like a hog to a truffle.  It's weird.  With this skill in place, he did it in Gainesville, TX where he found a BBQ shack in the middle of a neighborhood well off the beaten path.  He was driving around and his radar went off and he just showed up later with a bunch of meat and sides.  He told us of a magical place called Jazz BBQ that he stumbled upon and when he got there, all they had left was Brisket, which is his favorite anyway.  That was his barometer for how good the rest must be, that they sold out before he was able to get some.  Mine was the brisket.  It was good... real good.  Tender and juicy and smokey, like it should be.  I'm not saying he's right about his method, but that doesn't mean the BBQ was bad either. 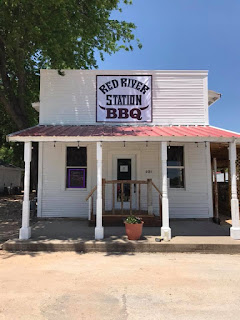 A new place just opened to quite a bit of fanfare last week.  Being a new place in the area, the whole population decended upon it and as is less common, they liked it!  It's called Red River Station in St. Jo, TX.  This place is pretty cool.  It is a BBQ joint and "the Yard" where you can eat and drink and watch live bands play, and they have really good BBQ to go with it.  Just the classics here, though, no pizza.  The Ribs were fall apart tender and so smokey good!

These are the ones on our staples list right now, but I'll update the list soon with some more local joints!
at June 05, 2018