Where a Kid Can Be a Kid

We don't get a lot of tiny visitors around here, being an adults only hideaway, but, recently my grandson, Jack, from San Antonio, came to visit while we were closed for some remodeling.  I thought I would take the chance to get in some Grammy time!  With the first couple of days spent exploring around the property and getting dirty as boys so readily do, I made plans for that Saturday afternoon to take a fun country day trip. What I didn't know was how much fun I would have on a trip geared towards being a kid, but hey grown people still love s'mores, right?!

Now, Jack is incredibly smart, but a quiet boy.  He loves museums and history, with a mild obsession with the Titanic, so I had an idea to draw him out of his shell.  I knew we had a some local places, a few of which I have written about before, that he would really enjoy, and so we set out on our adventure. 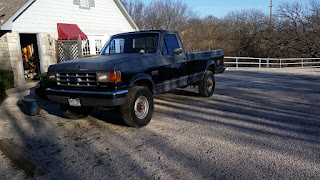 To add a little ambiance, I made a call to my son, who lives up here.  He loves projects, and is restoring an old Ford 4x4 pickup.  At this point, it's running great, so I asked if we could borrow it for the day.  As Jack got in the big truck, he asked where we were going, and I told him we were going to get lost and find our way back... by which he was thoroughly confused, and said can't you just push the map button?  I explained that this was an old truck and there was no button for navigation.

As Jack peppered me with questions about where and why we were going and looked at wonder at the old truck with no A/C or TV screens anywhere.  You could easily see he was definitely not sure about the old beast.  But with the windows down and the radio up, we rolled down the highway.  After a few minutes, his wand was out the window surfing in the wind, and I knew he was coming around. 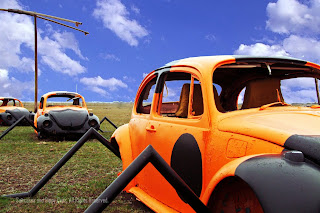 As we rolled deeper into the country outside of St. Jo, to the East, we stopped at a road side driveway.  There was a little gate leading into a pasture that had a number of installments placed where they could easily be seen from the road.  A man's retirement art project, these curiosities loom large on the scene.  As long as you are respectful, it's ok to step through and get a closer look at the pieces on display.  We weaved through them, Jack wide eyed as we walked.  The pieces incorporate a lot of interesting media, spanning from telephone poles to Volkswagens and airplane engines.

Getting back in the truck, we pointed towards Nocona and Horton's Classic Car Museum.  Jack said he wasn't all that into sports cars, but I know little boys, of all ages, a bit better than that.  As we walked into the building housing 120 classic and modern muscle cars, he was slack jawed.  Strolling through the large bulding with so many cool and odd machines we were both taken aback.  The one that stood out the most was the spce ship looking "Mach 5", from the movie Speed Racer, which had a few props included in the display.

As we left Nocona and headed back to St. Jo for our next stop, the heat of the day had come on pretty heavily.  It is only about a 15 mile drive down a country highway, but as we pulled up to the town square, we were both ready for some A/C and a cold one. 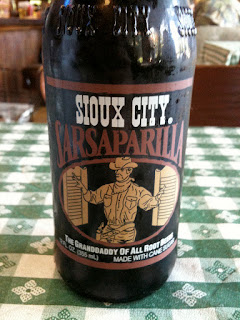 We stepped into "Lonely Hearts Grill" next door to our next stop and grabbed a cool spot inside to relax for a moment.  When the server came to the table to take our order, Jack exclaimed "root beer!"  he said that they in fact had the "best root beer on the planet", Sioux City Root Beer.  I could see the look on his face said "I'll be the judge of that".  Alongside the slice of homemade pie we split, he seemed content with that description. 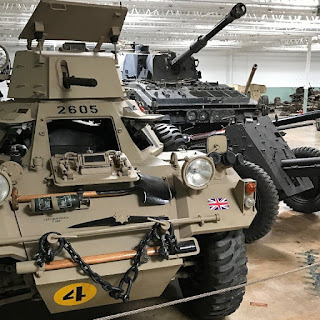 Refreshed, we made our way to the International Ordinance Museum.  This was an easy slam dunk, taking a boy to a tank and cannon museum, but I actually really found it interesting!  They had all sorts of old memorabilia and even a Japanese anti-aircraft prop cannon from the movie Pearl Harbor.  The owners were onsite and had lots of interesting anecdotes and stories that left jack wide eyed and me surprisingly intrigued.

With the day dragging on and time to start cooking dinner looming, we headed back to the manor.  When we gave the truck back to my son, Jack was going on and on about the root beer he had found and the tank that got blown up by a trick shot through a viewing window into the ammo stock inside.  I felt warm knowing I had found a way to melt his quiet exterior for a bit.  he also said he like the old truck because the A/C was broken and we got to drive with the windows down.  Then the phone rang and the radio on the truck shut off so it could be answered, to which Jack, perplexed, retorted "how did the truck get Bluetooth, it was made before they invented phones?!"