New Years Eve Extravaganza!
The owners are upgrading the usual 5 course gourmet dinner to a 7 course dinner with wine, champagne offered with desert and followed by after dinner liquors. Each dinner table will be decorated with festive New Years decor plus luxurious party favors and holiday noise makers. Champagne offered for all guests who ring in the New Year at midnight! A heartier hot breakfast will be delivered New Years morning along with a side of black eyed peas for good luck in 2011!

No cost.  Its our way to say Happy New Year - Must book a two night stay and the five course gourmet dinner on New Years Eve.   http://elmcreekmanor.com/promotions.htm
at December 16, 2010

What A Wonderful Life! 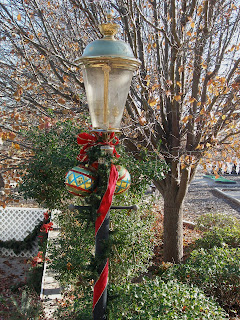 Christmas Season is here! Marcia & Brad have  gone all out with extravagant Christmas decorations collected from around the world.  They have brought in tons of fresh greenery that give you that European winter feel.  Come visit while the holiday season is here!
at December 16, 2010

Excitement is in the air with Winstar Casino

We are only 15 minutes from Winstar.  Elm Creek Manor Luxury Spa Resort is the only luxury property in North Texas.
http://www.winstarworldcasino.com/

Date: Saturday, 12/04/2010
Time: 8:00pm
Reba McEntire is an American country music artist. Her second album, My Kind of Country, produced two number one singles: "How Blue" and "Somebody Should Leave." The album brought her breakthrough success, bringing her a series of successful albums and number one singles in the 1980s and 1990s. McEntire has since released 25 studio albums, acquired 34 #1 singles, and 28 albums have been certified Gold, Platinum or Multi-Platinum in sales by the RIAA. Her album For My Broken Heart broke ground for female artists in country music, as it was the first album recorded by a female in country music to be certified double-platinum by the RIAA.
In the early 1990s, McEntire branched into film starting with 1990's Tremors. She has since starred in the Broadway revival of Annie Get Your Gun and starred in her television sitcom, Reba (2001-2007) for which she was nominated for the Golden Globe Award for Best Performance by an Actress in a Television Series--Musical or Comedy. She has sometimes been referred to as "The Queen of Country," having sold 41 million records in the U.S. and more than 56 million worldwide. In the U.S., she ranks as the seventh best-selling female artist in all genres and is the second best-selling female country artist of all time.
at December 02, 2010

The Season Is The Reason

We have two trailer loads of pine, cedar & Spruce.  You will be amazed at the magnificence of the decor.  Wonderful Dickens experience throughout the grounds and Manor.  You can not see the extensive decorations and leave the Inn with a bah hum bug feeling. 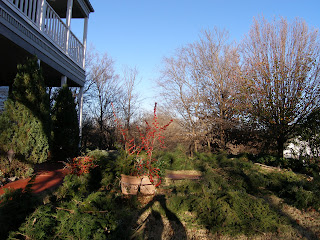