If you’ve already been to the Manor, you have likely had a run in with Brennan and Bailey. These two little rambunctious critters are the unofficial ambassadors of Elm Creek Manor. They have been with us for years. Brennan is a Yorkie while Bailey is a Silky… they look like the same type of dog, and in fact they are close cousins, but technically a different breed. 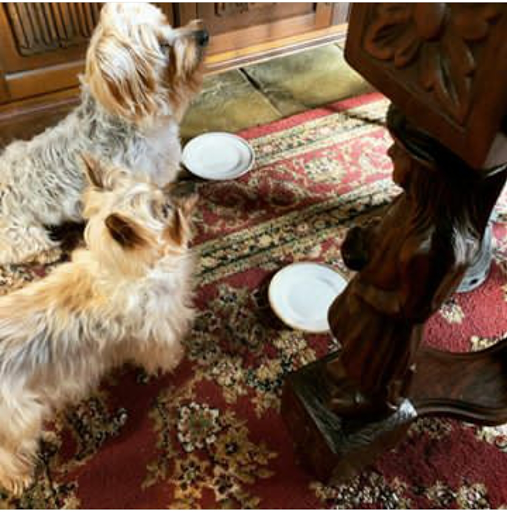 In the end the real importance of why we chose our lovable little imps is that they have a coat that is more like human hair than other dogs with a traditional fur type coat. This is important because as you obviously know, our home is an inn as well. It was important for us to choose a companion type that was both good in a country setting complete with squirrels, field mice, and other rodents that might get into the gardens, and also not be an issue for guests with dog allergies. 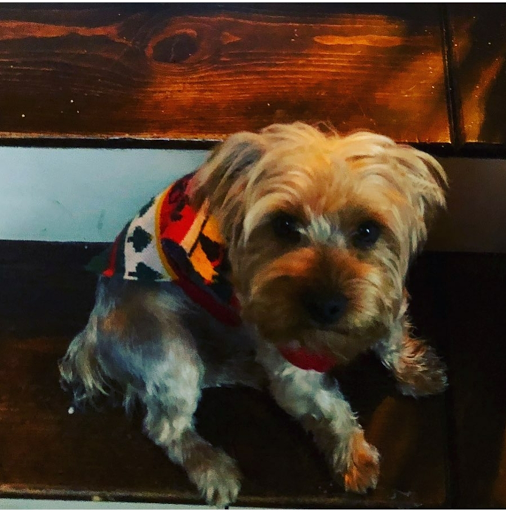 Because of the difference in coat type, the hair style doesn’t produce dog dander, and therefore is considered to be safe for those with allergies to dog dander. This is good for us because Brennan and Bailey (or “Bobs” for short) are both very friendly and social animals, and often, Brennan will follow guests around the property. It’s very common that we will be looking for him and a guest will pop out of a room petting or holding him as he soaks up the attention, and they always say he came right in with us! Though, he’s quite obedient, it’s never been an issue when someone tells him to “stay” at the door. 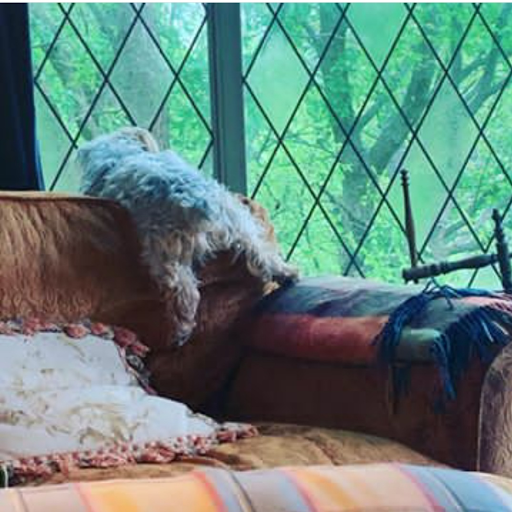 We’ve had Yorkies since my children were very small, and now 2 of them have their own families with their own Yorkies. The quirks of their personalities are really interesting because it’s such an intelligent breed. Brennan is obsessed with squirrels and balls, whereas Bobs couldn’t be bothered, as she is more dainty like a flower. My daughter has a son of hers, Comet, from a litter she once had, and he is as spoiled as it comes. My daughter told me that she takes him with her to Starbucks each morning and he gets a “puppachino”. He’s still not too stuck up to get dirty with her 3 kids, though. 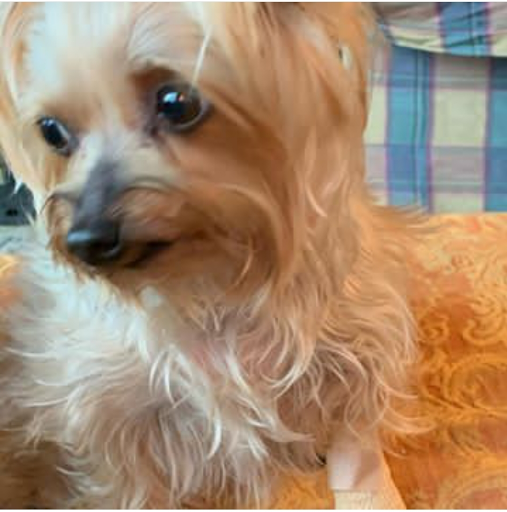 If you come out to the Manor, we hope you get a chance to meet these fun loving little guys as they run around and check on the rest of the animals we have. Brennan seems to think he is a shepherd and spends a large portion of his time running around watching the goats and donkeys we have here, but he’s never too busy to come say hello and get his ears scratched!
at October 10, 2020 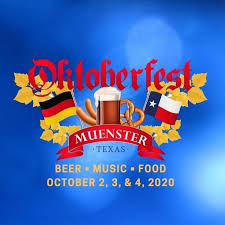 Once again, Oktoberfest is coming to Muenster. One nice thing about our place is that it is in itself a destination at a destination. If someone comes out here, they can visit fun kinds of places in the area. There are wineries, restaurants, and unique shopping options nearby that people really enjoy. But we are also a place that people can come to and have an entire experience without leaving the grounds. This is something we have that is unique in that it is an annual treat.

It feels so strange these days to think about a festival in a world where interoffice exchanges are often conducted from home in your pajamas. Here at Elm Creek we have changed our already stringent health policies to make sure that everyone is comfortable and safe to a point where we feel it competes with some hospitals. It became our new normal to be so sanitary. The idea of a festival is almost so foreign that I was curious about so many things about the application of such an event.

I looked into it, and there was a fundraiser they used over the summer to see what practices were workable with the local community. From what they learned, they said they are implementing some precautionary measures. They said that it came down to requiring the food servers to wear masks, as well as the bartenders, and the patrons. Also, everyone entering the festival will be temperature tested, and all the tables will be spaced apart in safe distances along with physical dividers around the music stages that prevent large groups of people from gathering together. Throughout the festival there will also be many hand sanitizing stations as well as volunteers to circulate and remind people to maintain social distancing.

I was both surprised and relieved that they had put so much effort into looking at the safety of their guests. Being so long since social events were allowed, I guess they were willing to go the extra mile to make sure that the community could finally come together to celebrate the local culture.

This is always a fun time, with the typical festival accoutrement like cotton candy, art and craft vendors, beer and turkey legs. However, Oktoberfest adds uniquely German accents to the party with sausages, polka, chicken dancing, etc, as well as free admission if you wear lederhosen! There is also a very popular bicycle race that draws a lot of attention. 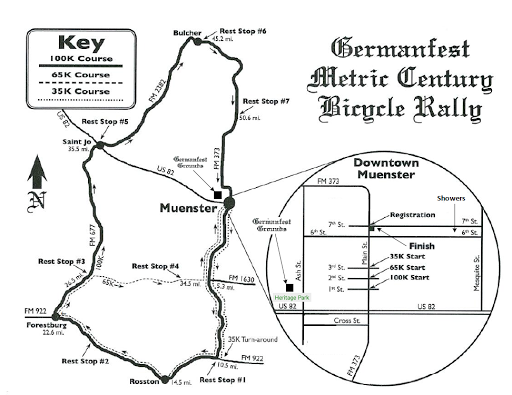 Baby it's Cooler Outside

This time of year is a nice period of change. The winds are blowing cooler and the days are getting shorter. Going away are the bluebirds, here to stay are some new birds. As fall approaches, I get to start looking at new outfits and old sweaters. My Christmas decorations are dangerously close to getting unpacked and new vegetables are growing in the garden.

I’m excited to write a new fall menu as the seasons begin to change. With new plants producing new flavors, we are canning all the fruits left from the summer harvests. I’ve got a busy week starting with 3 cases of pears to preserve! Once canning and pickling of the summer growth finishes up, it’s a fun time of creative exploration. 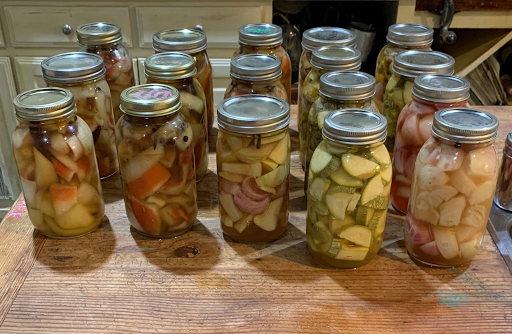 I, of course, have certain staples on the menu, but these times are always a great time to move forward and release creative energy with new ideas about dishes to put together. Recently, I had to do this unseasonably as a fox quite literally got in the hen house and we had to come up with a few less egg-based breakfast ideas. I reminisced on a trip to Tuscany and came up with a few locally nontraditional options.

One of the popular items came in the form of some home grown fruit preserves and house made chevre, toasted on bread we bake fresh each morning to make a more breakfast styled bruschetta.

This time of year, however, it’s anticipated and proactive instead of a reactive bout of creativity. I’m looking forward to kicking into “hearty” gear and adding much more squash based dishes and new desserts. My son says that it never feels like summer is over until he smells rosemary in the kitchen. 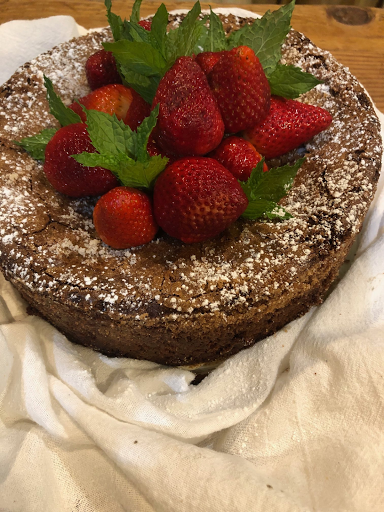 Aside from the foods that we are switching up for the seasonal changes, we are also looking at the activities that we will be looking forward to. Summers end means that the pool won’t be quite the “hot commodity” it once was! Instead of lounging in the relaxing shade and lazily cooling off in the water, it’s time for warming up. S’mores by a fire and long walks around just watching the leaves change color oare the order of the day.